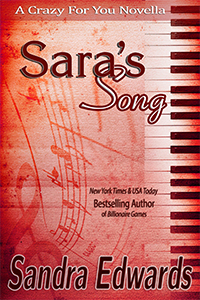 In the fall of 1984 Sara Bronson suffered the worst humiliation ever after her husband publicly claimed to be the father of another woman’s child. With the marriage over, but the press still hounding her nearly two years later, Sara leaves her native England for the States, where she’s accepted a position with a newspaper in Fireside, CA. In this small town, Sara expects to settle into a quiet, no-chance-to-be-recognized-here lifestyle. Then she’s saved, literally, by an oh-so-sexy firefighter.

Clay Darlington has lived his whole life in Fireside, save those few years at USC and his short stint in the NFL. But that was a long time ago. Ten years. He’s put all that behind him, and is now enjoying a quiet life as a firefighter back in his hometown.

Sara and Clay were destined to meet. Will things finally go their way, or will fate once again ruin their chances for happiness?

Other Books in "Crazy For You"

Crazy For You
Look Inside